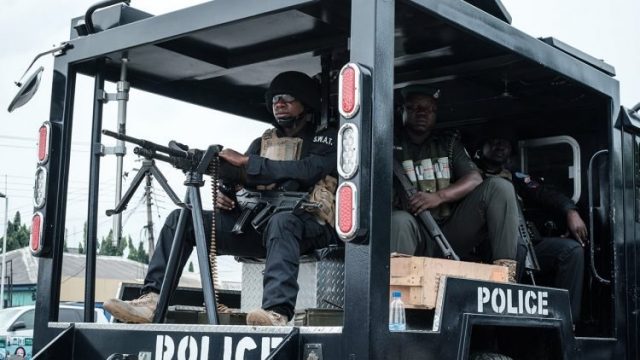 A proprietor in Olorunda Local Government Area, Osun State has landed in trouble as he was held by police for circulating fake reopening date.

The proprietor was said to have been circulating proposal on school reopening on social media since Tuesday, which stated that schools will open on 20 July 2020 in Osun State.

He claimed that the decision was reached at stakeholders meeting on 6 July 2020 at the Ministry of Education.

According to the proposal circulated, “Schools are to resume on 20/07/20, Children to be only 20 in a class, For big schools, there will be two shifts every day, Morning shift 8 am to 12 pm.

“Afternoon shift 1.30 pm 5.30 pm, there will be no use of school buses until further notice, Resumption on 20/07/20 will run for 3 or 4 weeks to cover for 2nd term for pry6, Js3 & Ss3 only, Immediately after these weeks the full sch resumes for all classes to run for 11 weeks to cater for 3rd term, Immediately after the third term around 1st week of Nov. Schools resume for 1st term of 2020/2021 Academic year of which the first term will end in January 2021. While the second term starts around Feb. 2021, All schools must abide by PTF covid’19 rules on schools reopening.”

A source told The Nation that the executives of National Association proprietors of Private Schools are in disarray over the matter and have been pleading with the police to release their member who was circulating the proposal.

“The person that was arrested is a school proprietor in Olorunda Local Government Area.”

The Special Adviser to the governor on Education, Mr Jamiu Olawumi while reacting to the issue on phone, said, “Schools were closed by the President and the power to reopen has been conceded to the state governors. Osun Citizens should await the announcement as endorsed by the Governor very soon. We have handed the person circulating fake information over to the police”. THE RIGHT ONE LOVES YOU IN THE WORST TIMES

RELATIONSHIP IS NOT A PRISON