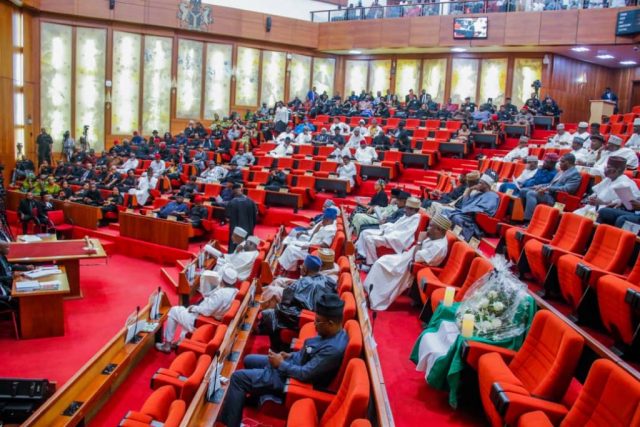 THE Senate Wednesday passed a bill seeking to establish the City University of Technology, Auchi, Edo State. The Bill for the Establishment of the University which is to upgrade the Federal Polytechnic, Auchi to City University of Technology, Auchi to facilitate more access to quality higher technical education, was sponsored by the Chairman, Senate Committee on Customs, Excise and Tariff, Senator Francis Alimikhena, All Progressives Congress, APC, Edo North.

Also yesterday, the Senate passed the bill for the establishment of Nigeria Maritime University, Okerenkoko in Delta State.

The Bill for the establishment of Federal College of Education, Giwa, Kaduna State was also passed.

The three bills were passed by the upper chamber following a clause-by-clause consideration of the report of the Senate Committee on Tertiary Institutions and TETFUND as presented by the Chairman, Senator Babba Kaita Ahmed, APC, Katsina North.

While presenting the report, Kaita said that the Federal Polytechnic Auchi was currently running degree programmes in affiliation with Nnamdi Azikiwe University, Awka, Anambra with enrollment of over 50, 000 students on full and part time.

The Senate after passing the three bills adjourned till next week Tuesday, July 21, 2020. DON’T USE THE VAGINA FOR INCOME