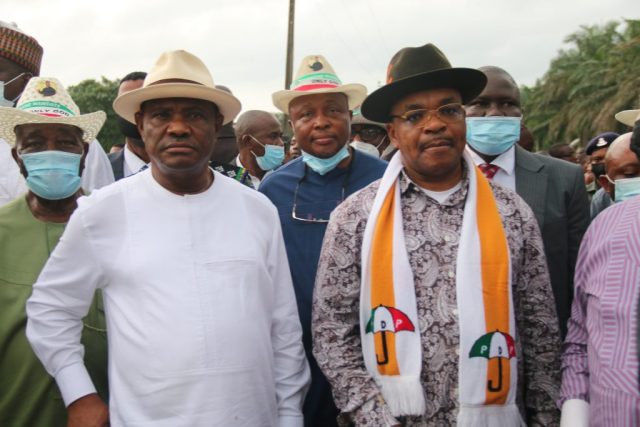 The Rivers State Chief Executive said that he was amazed that the Governor so many projects to showcase in just a day and urged that the world be made to see how Mr Emmanuel has transformed his state.
Mr Wike who spoke in Pidgin English said the petrochemical factory in Eastern Obolo was capable of generating thousands of opportunities for youths in the State, while the new teaching hospital in Onna will reduce the number of people going to Uyo for tertiary health care services.

He expressed satisfaction on the quality of the Road project, hoping that the road will boost economic activities in all the adjourning rural communities.

Mr. Wike was earlier at the premises of the General Hospital, Onna, where he laid the foundation stone for the construction of the Akwa Ibom State University Teaching Hospital.

The Hospital project is a product of a partnership deal with BUA Group who announced a first tranche support of N2.5bn towards the project. HOW TO HANDLE SEXUAL ATTRACTION IN COURTSHIP

IN A RELATIONSHIP, TRUST IS NOT EARNED