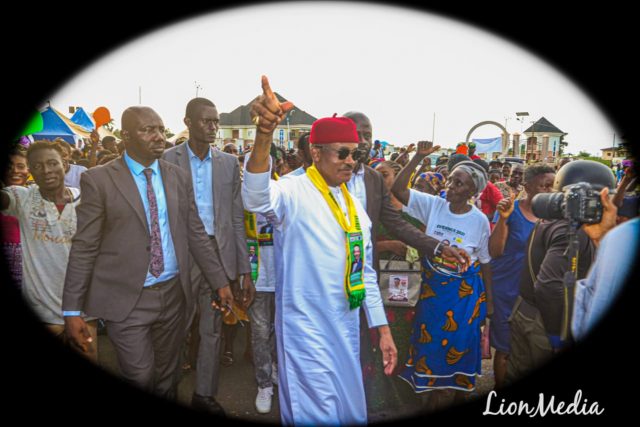 …. Warn Other Candidates To Steer Clear From Both Local government Areas

…. Celebrate Okosisi Orumba’s Giant Strides that Cut Across The LG

…. Back Him As The First Individual To Contest For The Governorship Seat From Orumba

Okosisi Orumba, a son of the soil, is the governorship candidate of Accord Party in the forthcoming Anambra governorship election.

At his ongoing ward tour across the State Maduka, who was in Orumba as part of his consultations, was received by a tumultuous crowd comprising men, women and the elderly.

Several speakers at the different wards ceremonies hailed the medical Practitioner for his several humanitarian activities, urging him not to relent.

They uniamously called on Maduka to focus his campaigns elsewhere, assuring him that the people of Orumba are behind him

They advised other governorship Candidates to steer clear of Orumba, insisting that they need not any other candidate to come and campaign for the forthcoming governorship election.

PDP Convention: List Of Elected Candidates and Their Offices

HOW DO I KNOW GODS WILL IN MARRIAGE?

WHAT YOU SHOULD KNOW WHEN YOU SAY I’M TIRED